Alexander Ageev was invited by Alvin & Heidi Toffler and Toffler Associates to present at a special gathering on the fortieth anniversary of the publication of Future Shock. World leaders and pioneers of industry, society and culture will gather in an exclusive event to discuss the forces of change that will shape tomorrow. Future States Forum 2010 gathered remarkable individuals who have proven their capacity for innovative thinking.

They span myriad industries and contribute from different vantage points to a remarkable dialogue about the forces driving change in society. While the Forum celebrates the accuracy of the foresights   aid out in Future Shock (1970), along with Heidi and Alvin Toffler’s shared capacity for anticipating change, its orientation is prospective; attendees will look ahead to the next 40 years by examining the forces or change that will shape the future. Toffler Associates’ Future States Forum aims to fuel unique interactions among extraordinary people, generating ideas that will help individuals and organizations become increasingly capable, agile and successful. 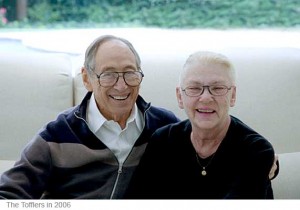 Mr. and Mrs. Alvin and Heidi Toffler are known around the world for their work that has influenced presidents and prime ministers, top leaders in fields ranging from business to non-profit organizations, as well as educators, psychologists and social scientists.

Each of their books – which include such classics as Future Shock, The Third Wave, Powershift and War and AntiWar – has been hailed for originality, clarity and unusual insight into the challenges and opportunities racing toward us.

Their newest book, Revolutionary Wealth, attacks key features of conventional economics as it paints the emerging global “wealth system” of the decades ahead.
Known for having forecast the acceleration of daily life, the decline of the nuclear family, the spread of loneliness and rise of religion, the Tofflers decades ago also anticipated cloning, virtual reality, niche markets, information overload, work-at-home, product customization, the “de-massification” of the mass media, the threat of terrorism and many other features of contemporary life. But in the Tofflers’ works, these disparate forecasts are all mere details of a far larger canvas. Some of them have missed the mark. We are still waiting for the “paperless office.”

But few today challenge the central, sweeping thesis of their work since the mid-1960s – that a knowledge-based new economy was arising to replace the industrial age. This concept is now accepted currency among governments, economists and thinkers around the world.

What differentiates the Tofflers from others who today echo this view is their insistence that there can be no economic transformation without a corresponding upheaval in our social, political and cultural institutions and values.

In support of this idea, the Tofflers draw not merely on economics, but on social psychology, military history, politics, pop culture and religion, revealing the hidden or unnoticed relations among them – and their implications for the decisions we make today.

In Revolutionary Wealth, too, the Tofflers introduce another round of new concepts – such as the “deep fundamentals” that lie behind the everyday “fundamentals” of business and economics. They explain the role of “prosumers” – whose unpaid work as parents, do-it-yourselfers, NGO volunteers, hobbyists and open-source software programmers pumps “free lunch” into the economy Revolutionary Wealth separates industries into those that are “singly” and “doubly” intangible and probes the six “truth filters” that shape our daily behavior and the choices we make in our family life, work, values and politics.

The book also explores the future of Asia, Europe, Latin America and the U.S. as America struggles to maintain its tenuous lead as the world’s sole superpower and most advanced economy.

Their work has impacted many fields ranging from business and politics to military affairs and the arts.